Focusing on feedback over grades

Interview with Teachers Going Gradeless Founder, Aaron Blackwelder, on shifting your mindset to feedback over grades 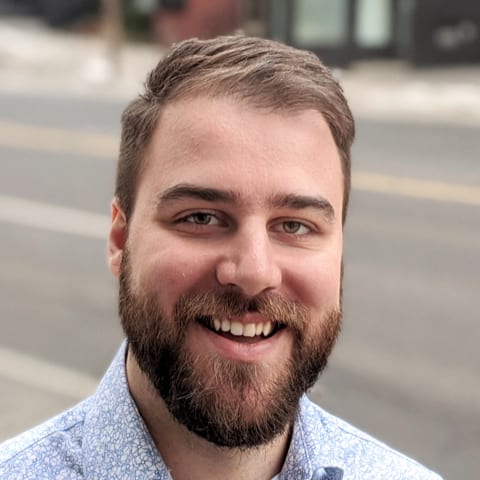 Like standardized test scores, grades are intended to give us a simple, quantifiable, and comparable measurement of performance. But many educators (and their students) argue the system isn’t working.

You have challenges like grade inflation. Parents, students, and even teachers, inflating letters and numbers to meet a criteria for school rankings and college acceptances.

The pressure to achieve can cause anxiety

Then, there’s the increasing issues of stress and anxiety that young people are facing: In 2018, at least 70 percent of teens said anxiety and depression were major problems among their peers.

Looking at our culture’s obsession with achievement and getting into college, is it a surprise teenagers ranked the pressure to “get good grades” number one among stressors, above “looking good” or “fitting in socially”?

Read: The Epidemic of Anxiety Among Today’s Students (neaToday)

Grades are not necessarily good tools for encouraging learning

Perhaps, the most controversial and difficult concern is that grades may not help students learn.

When a student gets a 75% or a B- on their report card, without context of that grade, there isn’t a clear next step on how to improve.

Ruth Butler (1988) is among the most cited scholars of the movement away from grades.

Her research examined three types of feedback: Grades, grades and comments, and just comments. She found grades alone left students either complacent or unmotivated, and grades with comments were equally ill-received; students jumped straight to the number.

However, when students were given comments alone, they demonstrated the most improvement of the three groups.

Butler's research is just one of many studies to confirm these findings.

Similarly, in the classroom, educators have continued to report successful outcomes from focusing on feedback (the comments themselves) rather than giving students grades. Rather than using letters and scores to reward or punish students, an increasing number of teachers around the world have found that removing the focus on grades allows teachers to tap into authentic and intrinsic motivation to learn.

Two of these pioneering educators are Aaron Blackwelder and Arthur Chiaravalli.

Blackwelder and Chiaravalli came together to create Teachers Going Gradeless (TG2) in 2016, a group for educators to engage in discussions and share resources.

With 5,000+ members on Facebook, dozens of contributors to their blogs and podcasts, and a recent interview with Teen Vogue, TG2 is steadily gaining momentum.

I had the pleasure of speaking with Blackwelder by video conference in February. His passion for this movement is unquestionable.

I asked him a few questions about going gradeless, here are the highlights from our conversation:

Some school districts have moved to standards-based grading, but without feedback it’s not always a fix. Some teachers have shifted to student-led conferences and self-assessments, but still need to deliver a final number for report cards.

Blackwelder says the work itself is the best replacement for grades.

“Ideally, I would want to see a digital portfolio where students’ put their best work in front of the audience, be it, college, parents, or employers,” he said.

Q: How do teachers have time to provide more feedback?

Many who fear the gradeless movement worry about the amount of time ongoing feedback and formative assessment takes. Blackwelder finds shifting the way he structures his classes helpful in spreading evaluation over the course over the term.

Blackwelder described his grade nine English class as a workshop. His class is not your classic lecture-based class where students listen, take notes, and hand in assignments.

Instead, each day, his students are working on something. Blackwelder is regularly working with students on their projects one-on-one or in small groups, so when they’ve completed the assignment, he’s already familiar with the work and the students’ efforts.

Q: How do we talk to students who have had it ingrained into them that they need to be grades-focused?

Blackwelder and TG2 held a student roundtable on going gradeless in 2019 where students shared first impressions, highlights, and challenges about being in a gradeless class.

One student, Ellie, said: “At first, I was not a fan. I am, admittedly so, an overachiever. Grades are the bar by which I normally set how I go about completing a project.”

Another student, Evan, added: “Throughout my schooling career, grades were always a given. You did your work, handed it in, and got a grade for it, without ever talking to your teacher about the work that you did.”

You can understand how students might be hesitant and resistant to a change to how it’s always been.

“I think what a lot of kids want to know is that they’re doing well. They want to receive feedback that’s positive. They need to feel like they're doing a good job and that’s the metric they know,” said Blackwelder.

For all students in a gradeless classroom, communication is critical. Blackwelder has regular conversations and check-ins with students to ensure they know where they stand, where they’re thriving, and where they can improve. If the lines of communication are open, there should be no surprises at the end of the year.

Q: This all sounds great… why aren’t we gradeless then?

If we know that grades can be inflated, stress students out, and are not motivating learning… Why on earth do we still use them?

Blackwelder points to tradition. We’ve been grading for decades . Teachers, family members, students, colleges and universities, and the media all know grades and were most likely raised in education systems that relied on them.

“The idea of ‘grades’ and ‘education’ seem to be synonymous. A+ means that you’ve learned. Grades are so tied into the notion of what school is,” he said.

“But it doesn’t have to be that way.”

For school districts who want to make a change, Blackwelder recommends to tap into the progressively-minded staff and work with them prior to making any policy changes. If schools move from traditional grading to a new system without ample support and resources for staff, the transition will fail.

“We have to get teachers to realize, when we make this transition in grading philosophy, we’re also making a transition in pedagogy,” he said.

Here are a few Teachers Going Gradeless recommendations from us:

If you want to help out with TG2, there are a few ways to get involved:

“If someone proposed combining measures of height, weight, diet, and exercise into a single number or mark to represent a person's physical condition, we would consider it laughable. How could the combination of such diverse measures yield anything meaningful? Yet every day, teachers combine aspects of students' achievement, attitude, responsibility, effort, and behavior into a single grade that's recorded on a report card—and no one questions it.”

" We want to have students be able to be comfortable with being uncertain. " In the fifth #21For21 episode of Competencies ...

" ...the world is not standardized." In the fourth #21For21 episode of Competencies without a Classroom podcast, we interview Matt Rhoads, a ...

" I always say we have to open the window to the adult world for kids and actually have conversations about what's ...

Get the latest ideas, news, and resources on digital portfolios for K-12 education.