Why No One Wants to Work with the Brilliant Jerk

EQ as the All-Encompassing 21st-Century Skill 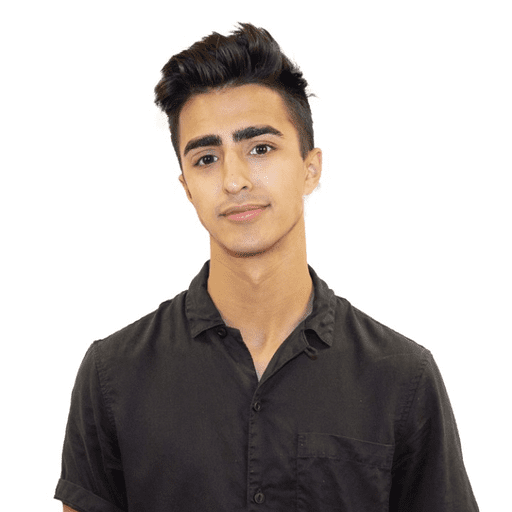 Throughout the first two seasons of our podcast, Competencies without a Classroom, we interviewed industry professionals and educators and asked whether they felt IQ (intelligence quotient) or EQ (emotional quotient) was more important in developing 21st-century skills in today’s students.

Every single one of them said EQ.

This comes as no surprise. As the modern workplace evolves, more emphasis is placed on the development of 21st-century skills than the construction of knowledge.

EQ is the all-encompassing skill set that today’s hiring managers are looking for. Rather than emphasizing knowledge and curriculum content, it’s time we start giving students the opportunity to practice these core skills in school before they enter the professional world.

Being knowledgeable is great. However, if you are unable to problem-solve, empathize, and effectively communicate with others to overcome challenges, that knowledge will only take you so far.

No one wants to work with the brilliant jerk. They want to work with a passionate team member packed with 21st-century skills, including emotional intelligence, social skills, and leadership skills.

The concept of EQ or emotional quotient, otherwise known as emotional intelligence, is defined by Oxford Learner’s Dictionaries as the ability to understand one's emotions and those of other people to behave appropriately in various scenarios.

While this skill set may not be as easily qualified as IQ ( a score measured by standardized tests determining intelligence), emotional intelligence encompasses a wide range of 21st-century skills (including social skills) that will allow today’s students to thrive in the professional world.

Simply put, people want to work with those who care about others.

The 21st-Century Skills Involved and Why They Matter

It’s important for students to comprehend what they’re feeling, why they may be feeling that way, and how it will affect what they’re trying to do. The ability to be in touch with these emotions and effectively communicate them to others promotes transparency through communication and active listening, two 21st-century skills that contribute to a healthy environment.

Everyone deals with stress, especially when placed in a new environment. In these situations, we are more likely to become overwhelmed. By staying in touch with our emotions, we can better control these feelings and take action by healthily communicating our stressors and making choices that positively impact our well-being. In turn, 21st-century skills like adaptability and self-assessment drive us further.

The development of emotional intelligence will help students better understand how their words and actions affect those around them. In the 21st-century world, hiring managers are looking for team players. By understanding the emotions of others, students can better manage relationships and be courteous and empathetic to their peers. The development of emotional intelligence impacts other areas as well, such as social skills, active listening, and relationship management.

We all have our good days and bad days. Being mindful of this will allow teams and relationships to thrive. Those who are high in EQ can flex 21st-century skills like collaboration and relationship management, by gauging the emotions of teammates and becoming better team members themselves.

EQ provides students with a broader understanding of situations. They can take a problem and assess it from multiple perspectives. This starts from within. Those who are in touch with their emotions can understand the strengths and weaknesses of both themselves and others. This will help in developing strategies and progressive approaches to a given problem, taking actionable steps while leading with mindfulness and compassion.

The list doesn’t end there. What other 21st-century skills do you think come into play through the development of EQ?

Here are some simple ways you can promote the development of EQ, 21st-century skills and career readiness in your classroom to help your students find success beyond school.

Allow students to communicate their highs and lows at the start of the day. If they feel comfortable sharing whether they are having a good or bad day, and why that may be, both you and your students can assess potential issues in the classroom with empathy and compassion. As Amber Harper shares in season two, you’ll also have the chance to get to know students as people. The classroom becomes a safe space where students come together as a team, build relationships, and develop interpersonal skills to help one another through anything.

When problems arise, and emotions run deep, talk it out. As Lizanne Foster shares in season two, when anger is involved, we are all having different experiences in our own world. By communicating what we are feeling and what we mean by our actions, students can productively work through these problems. They will better understand one another, as well as themselves.

EQ involves a multitude of valuable 21st-century skills that we can all benefit from, at any stage of life. Knowledge can only take us so far, but understanding ourselves and others on an emotional level will allow students to stand out beyond school and utilize their interpersonal skills when they're out in the professional world.

After all, no one wants to work with the brilliant jerk.

Blog Posts
What 21st-Century Life Skills Do Hiring Managers Wish they Had Before Graduation?

What 21st-Century Life Skills Should Students Have Before Entering the Workforce? During the first season of the Competentencies without a Classroom podcast, ...

We all have a book that changed our life for the better, opening our mind to new concepts, ideas, and competencies. For ...

We all have that one book that we can't recommend enough. For some, it's a childhood story that they couldn't put down. ...

Get the latest ideas, news, and resources on digital portfolios for K-12 education.